People who know me well know that I’m an early riser. It’s not because the early bird catching the worm. Personally, I don’t really like playing in dirt. I prefer to let others bait the hook for me! In layman’s terms, Steve works and gives me money! I get up early because I’m so easily distracted that, if I don’t get up before everyone else, I can forget praying, or reading my bible! Then, those around me have to pay the consequences because I’m ill as a hornet! Plus, I’d really prefer no one speak to me, at all, for at least thirty minutes after I’ve gotten up. Not to mention, I’m slow as Christmas! Being in Mexico was no different! Well, except that I’d have to be extra quiet, gather up my things, and walk to the kitchen to get ready so that I wouldn’t wake the other sleeping beauties. Which didn’t bother me at all! I enjoyed my alone time! There was a morning, however, when things didn’t go quite as quietly as I’d planned. I like to refer to that morning as “El Chupacabras Esta’ Mirando”.

That particular morning, for the first time all week, I slept late. I didn’t roll out of bed until 5:30am. This was our last day to be in Mexico and, dare I say, we were all tired! I needed to shampoo my hair so I quietly gathered my things and headed to the shower. I gently closed the door and started to get in the shower. I guess my BFF, Lajuana had the same idea because I looked up and there she was! Naturally, we didn’t speak. Neither of us were in speaking mode. I got in the shower, but I never heard Lajuana turn on her shower. I wondered what she was doing, but went about my business. Remember, we’re in Mexico. It’s dark. There’s all sorts of noises outside. Dogs barking, roosters crowing, and some other noises I couldn’t identify. Not to mention the barrage of snoring, coughing and farting coming from the men’s side! We’re only separated by a block wall that doesn’t exactly connect to the ceiling. Anyway, I’m in my own little world, ears and eyes full of water, when I hear something that sounds like a soft screech, or a groan of some sort. Scared, I opened one eye (hoping I wasn’t about to be attacked by some strange, Mexican animal) just in time to see something crawling into the corner of my shower!!

I had heard the legend of the Chupacabra. Long legs, sharp, pointy fangs, a forked tongue, sharp quills running down his back…SHUDDER! But quite frankly, I figured I had a better chance of being shot by the cartel than being eaten alive by Mexico’s most dangerous animal! Yet, there I stood, naked as a jay bird, about to stare death right in the eyes! 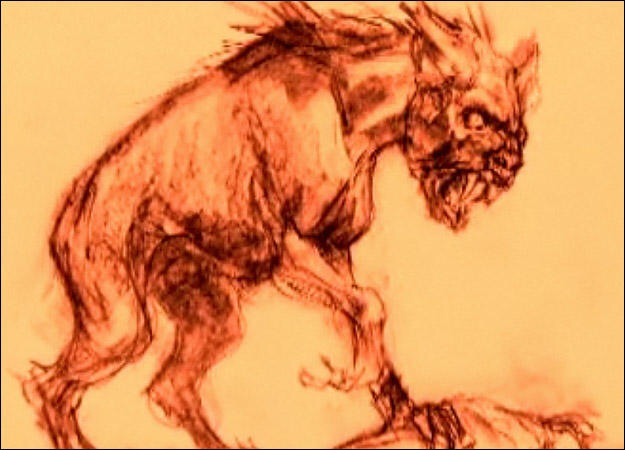 Naturally, like most people would, when faced with being mauled and eaten alive, I screamed! When I opened both eyes and saw no Chupacabra, I figured my scream must’ve scared him away. That is, until I heard a grunt that sounded very familiar. It was the sound of one very ticked off Lajuana Conway! A low, guttural “UUGGHH” that let me know really quick like that my scream had ticked her OFF!!

The squeal, I thought I’d heard was actually Lajuana’s attempt at whispering. She was trying to tell me that she was reaching into my shower to get her shampoo, which just happened to be sitting in the floor of my shower! Thankfully, it wasn’t the Chupacabra, being that not one person came to check on me! They’d felt really funny had they gotten up later to find my bloody, half eaten body lying lifeless, in a heap on the shower floor! Or would they?! 😉

Anyway, it wasn’t long before lajuana’s startled anger had turned into the giggles. Giggles that I tried my best to ignore, due to the fact that I was ticked off that my terror had ticked her off! However, one can not ignore that kind of laughter! That is, unless one (or 8) is trying to sleep in on their last morning in Mexico. In which case, I suppose one (or 8) would have the ability to ignore insatiable giggling. Lajuana and I, on the other hand, had a good gigglefest! We did feel horrible about making so much noise though. I’m just glad it wasn’t 4:30!

Most of the time, when we’re faced with trials, we immediately imagine the worst. We only open one eye, and picture the biggest “Chupacabra” one can imagine, then we start screaming before we even have a chance to assess the situation. Why do we do that? Because we don’t trust God enough to get us through life’s tough stuff! Knowing full well that, no matter what the enemy throws at us, we’re going to come out giggling because God always prevails!

Our situations may be frightening, and hard to go through, but God always makes a way! ALWAYS! Most of the time, when we get on the other side, we see that it wasn’t a Chupacabra after all! And that it wasn’t as bad as we’d thought it’d be!

“Don’t revel only in the past, or spend all your time recounting the victories of days gone by. Watch closely: I am preparing something new; it’s happening now, even as I speak, and you’re about to see it. I am preparing a way through the desert; Waters will flow where there had been none. Isaiah 43:18-19