I never realized how much we humans behave like dogs. If you have multiple dogs as pets, and they’re all female, you’re way more likely to have dog fights. Being here at mom’s, stuck in this house with all this estrogen, has shown me that, when you get a bunch of females hemmed up, there’s going to be some fussing!

Between the grunts of pain, the burping and farting, the gum popping and smacking, the insatiable dirtying of socks and strewing, and the giggling lovebirds, it’s no wonder things can go awry so quickly! I will say this though, having Jose here does help! However, it would be humanly impossible for one man (even a teenage Mexican) to emit enough testosterone to counteract all this estrogen! I’m not sure that getting snowed in here was necessarily a blessing for him though! Bless his heart! It’s a good thing he’s really laid back!

I’m personally thankful for 1Peter 4:8 that says “Most important of all, continue to show deep love for each other, for love makes up for many of your faults.” And God knows this family’s got plenty faults! Some more than others of course 🙂 but who’s counting? Good thing I went and bought crayons and coloring books! Coloring is very relaxing! I plan on seeing to it that everyone colors at least one page today! Plus, unbeknownst to them, I doused everyone with lavender oil as they slept! For those who don’t know, lavender is calming! Yep, today will be muy bueno! That’s very good for those of you who don’t speak Mexican.

Oh, just for kicks and giggles I’m posting a picture I colored while in Mexico. It’s reminiscent of how my little sister, melissa, was when she was little. Don’t judge! Because she had the guts (or lack of filter) to ask for things, before folks were dead and gone, she’d get them!! I, in the other hand, didn’t get squat! From now on, I’ll be putting it out there if there’s something I want! “Hey, can I have that when you die?” 🙂﻿ 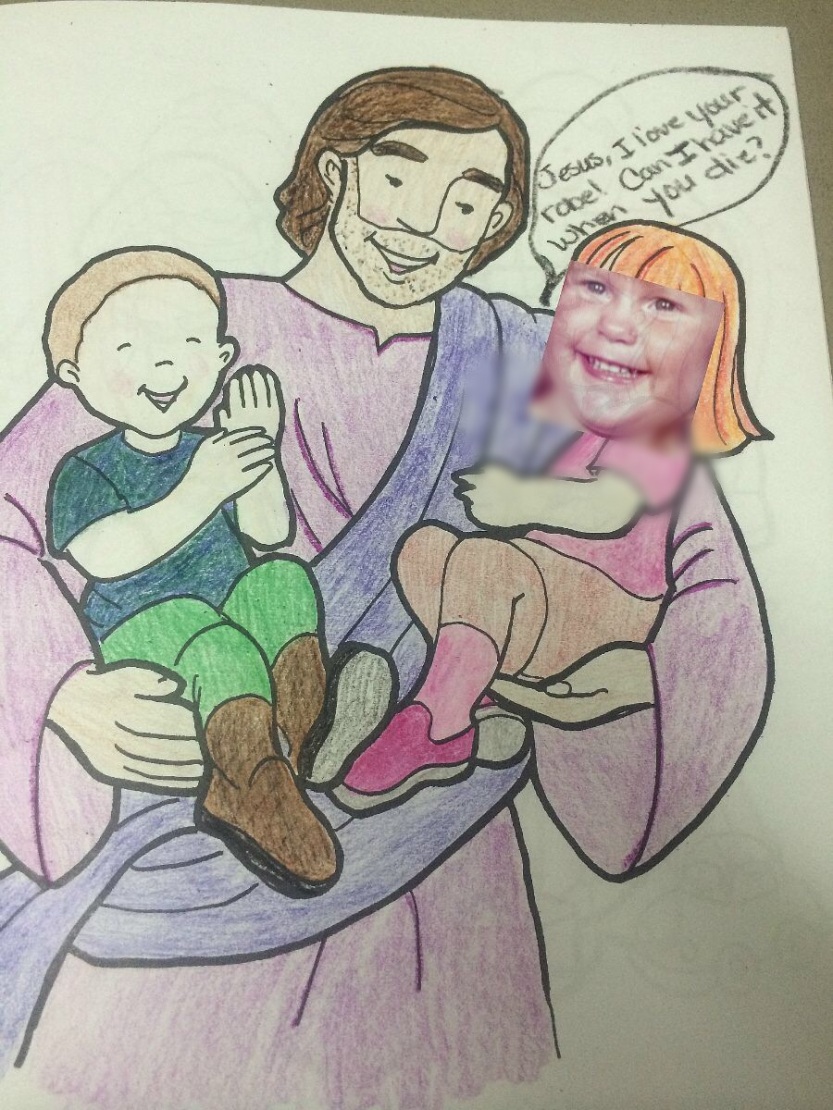