I hope everyone had a most happy Easter! I have to say that it didn’t quite seem like Easter to me. Steve rented us a cabin, in Mentone, AL, to celebrate our 23rd wedding anniversary! When he reserved the cabin, he wasn’t thinking about it being Easter weekend. But, there’s not too many other places I’d rather be than hemmed up in a cabin with my honey! It was rather humorous though,  because we complained about the cabin the whole time!

Don’t get me wrong, the cabin was beautiful, and the view was breathtaking! However, there was absolutely no privacy! Turns out, the cabin was a duplex, and there was a neighbor on the other side so close, that if you opened the door you could touch their house! Oh, and the door was solid glass with no curtain, so if the neighbor was in their deck, they could see straight into our cabin; which by the way, was pretty much one big open room! You could close off the bedroom with curtains, but should you want to walk through the place in your drawers, you had to hang a curtain over the door! The advertisement failed to show the neighbor, or mention the duplex! And so much for relaxing. Y’all, there was so much stuff in there, knick-knacks and what have you, that you couldn’t get comfortable! It was like taking a toddler to an antique mall and telling him not to touch anything! It was dang near impossible to watch tv from the couch! In fact, we had to move the tall, fake plants off the coffee table just to be able to see the tv that was in the sunroom portion of the one big room. Maybe we’re just getting old, but we like to rest when we have a long weekend at a cabin! Oh, and did I mention that “Aunt Flo” came to visit me Friday night :-/?!? Not much privacy needed, but still…. 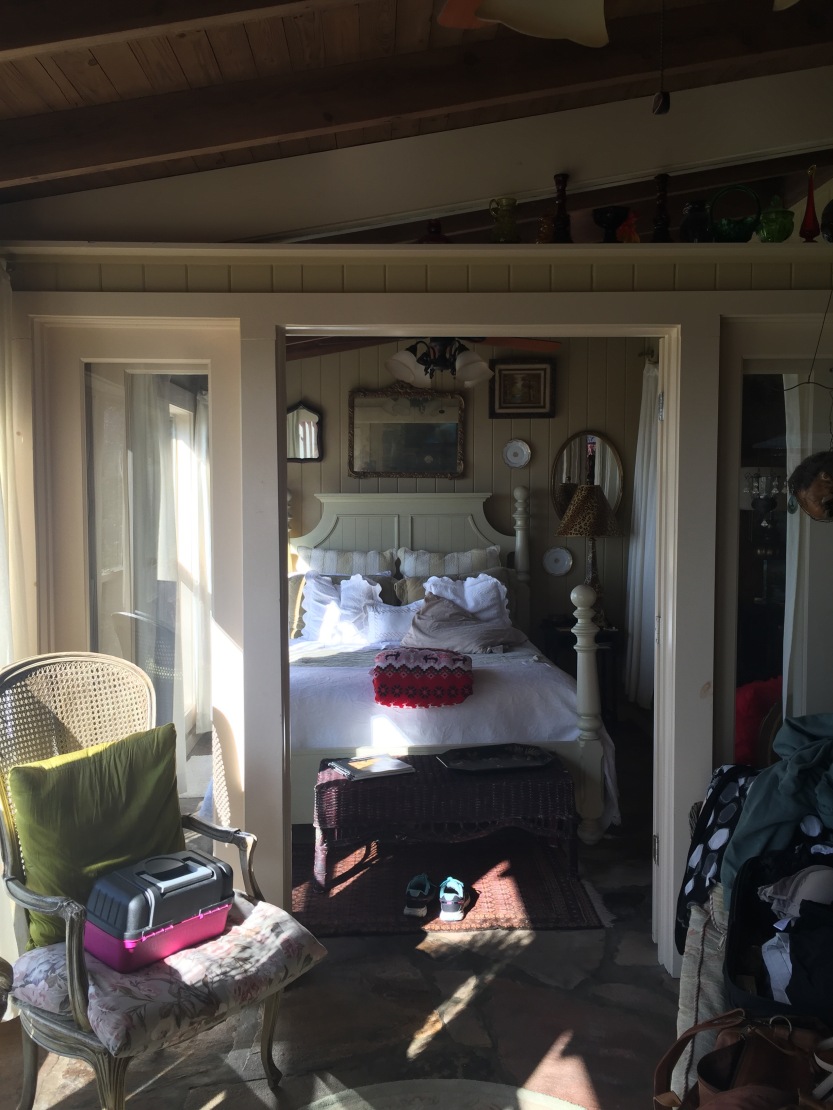 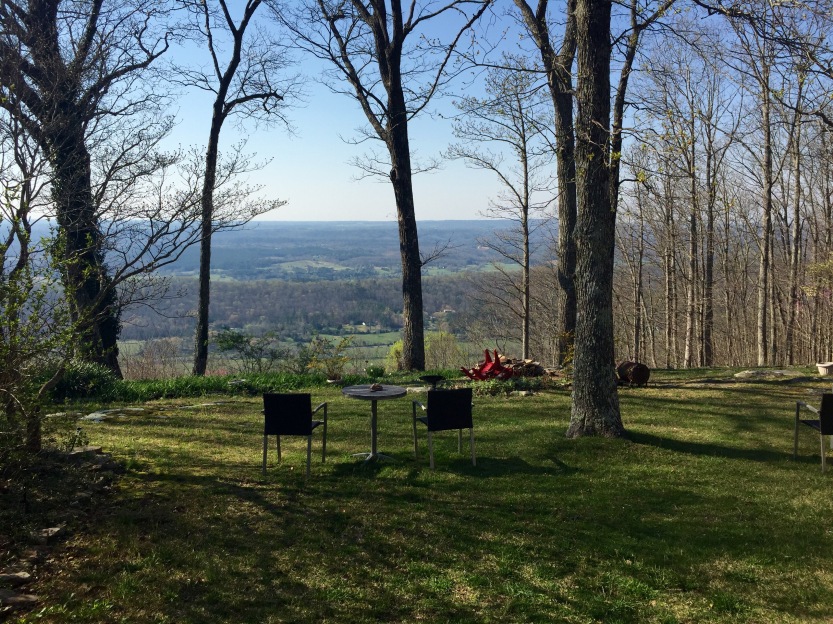 Sunday morning we got up bright and early, to head to The Foundry, to go to church with Tucker. And by bright and early I mean that we had to leave no later than 6:30am!  But we sacrificed sleeping in to see this face! 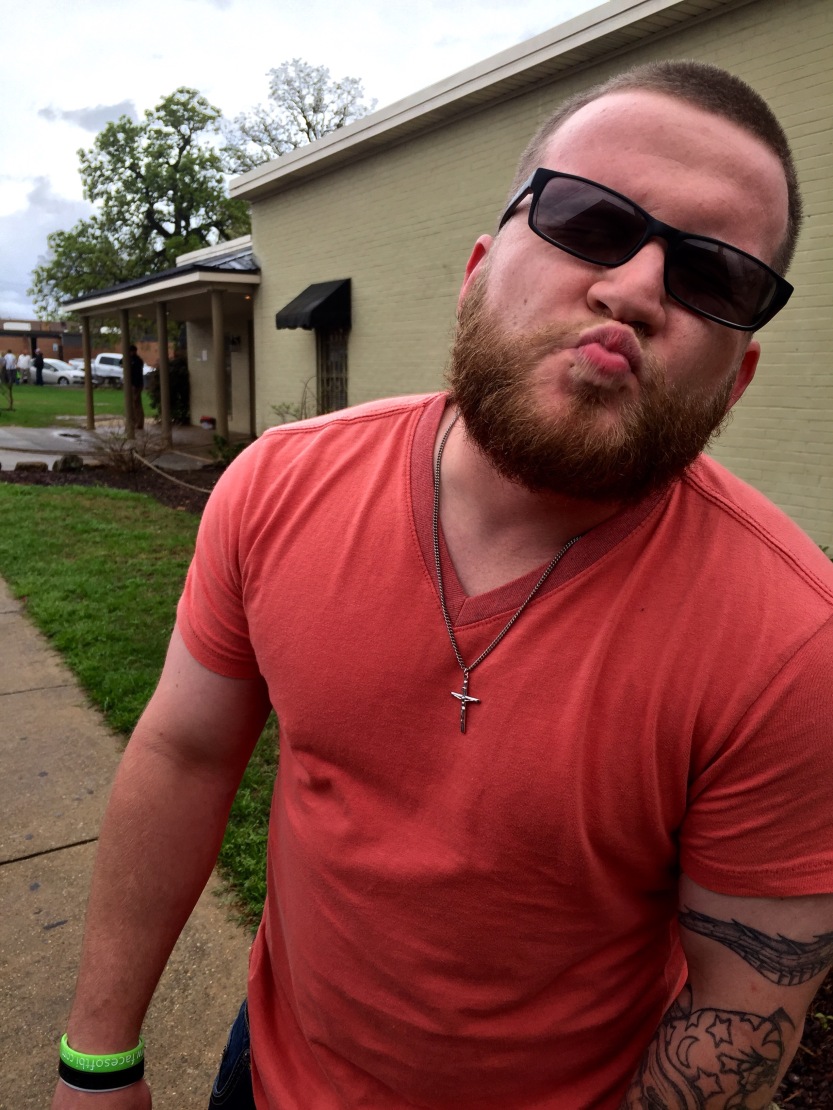 Who wouldn’t give up sleep for that?! It was a great Easter service. At the beginning of the service, they played a video. In that video the guy talked about how Pilate tried to get the crowd to choose release Jesus, but instead the people chose to release Barabbas, a known criminal. A murderer. I can’t even imagine how Jesus must’ve felt. He was innocent, yet the people hated him so badly they wanted to let a murderer live, and they wanted him to die.

Just let me say that I’m not against corporal punishment. However, for the life of me, I don’t see how any human being could treat another human being the way those people treated Jesus. That sort of punishment is, to say the least, sick and twisted! Even if I hated someone, I couldn’t treat them like that! My heart breaks every time I think about what Jesus had to go through for us; mere mortals, completely undeserving of mercy and freedom. Nonetheless, while we were still sinners, Christ died for us!*Romans 5:8

There’s no mention of Barabbas being grateful. There’s no mention of Barabbas feeling bad that an innocent man was sentenced to die, and he was released. There’s not even a mention of Barabbas even remotely giving Jesus a fleeting glance, as if to imply he was sorry. Nothing. Nada. Not even one hint of  an ounce of gratefulness!! What a  pathetic, sad excuse for a human being! Wouldn’t you agree? I remember watching The Passion Of The Christ and snarling my nose at Barabbas. I thought to myself that he must’ve been one of the most disgusting people on the face of the earth. Right up there with the people who beat, and mocked Jesus. Then, in His usual, gentle way, God reminded me that I, myself am a sinner. I am no better than any of those people! I’m ungrateful. Often times I forget to acknowledge Jesus. Many times I have selfishly taken credit for things I’ve done, when clearly there’s no way I could’ve done it without Christ! Oh my gosh! I AM Barabbas!!!! I may as well have hammered those nails into Jesus’ hands and feet myself! I’m a sick, twisted, pathetic excuse for a human being. Yet while I was still a sinner, Christ died for ME! He died for YOU too! Through Him We are made whole! He died and rose again so that you and I could escape the punishment of sin and live for eternity! He did that for ALL US BARABBASES! Or however you’d make Barabbas plural.

No matter what you’ve done. No matter how bad you’ve been. Even if you don’t believe in God. Even you believe in some screwed up version of the bible, or even if you believe in some other god, God still loves YOU! God’s love is real! His love never fails! And while we were still sinners, Jesus died for us! But to get the gift of eternal life, you must accept him as Lord and Savior! Check Him out! Try him on for size! Unlike the cabin Steve rented, God never disappoints! He is exactly who He says He is! No false advertising and no gimmicks! WE SERVE A RISEN, LIVING SAVIOR!